The faculty associated with the Philosophy, Politics and Economics Program include:

Paul Weithman is the Glynn Family Honors Professor of Philosophy. He received his Ph.D. in philosophy from Harvard University and his B.A. from the University of Notre Dame. He works in contemporary political philosophy, religious ethics and medieval political theory. 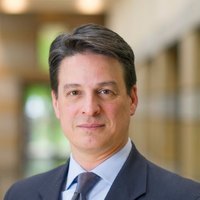 Paolo Carozza joined the Notre Dame Law School faculty in 1996. His expertise is in the areas of comparative constitutional law, human rights, law and development, and international law. He is the Director of the Kellogg Institute for International Studies, an interdisciplinary, university-wide institute focusing primarily on the themes of democracy and human development.  From 2006 to 2010 Carozza was a member of the Inter-American Commission on Human Rights (the principal international body responsible for the promotion and protection of human rights in the Western Hemisphere), and served as its President in 2008-09. In 2009 he received the Order of Merit of Bernardo O’Higgins, the Republic of Chile’s highest state honor awarded to foreign citizens, in recognition of his service to the Inter-American human rights system. Carozza has served the Holy See in various capacities and was appointed by Pope Francis in 2016 to be a member of the Pontifical Academy of Social Sciences. He has been a visiting professor at various universities in the United States, Europe, and Latin America, including as the John Harvey Gregory Lecturer on World Organization at Harvard Law School. In 2017 he was awarded an honorary doctorate from the Pázmány Péter Catholic University in Hungary. 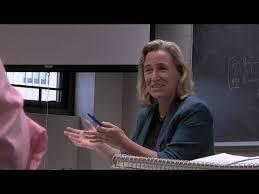 Susan Collins is Associate Professor of Political Science, specializing in Ancient Political Philosophy. Her most recent book is a translation of Aristotle’s Nicomachean Ethics, with Robert Bartlett (University of Chicago, 2011), including notes, glossary, and interpretive essay. This work was reviewed in the New York Times Book Review and nominated for the John D. Criticos prize. She is also the author of Aristotle and the Rediscovery of Citizenship (Cambridge 2006), co-author and translator of Empire and the Ends of Politics: Plato’s “Menexenus” and Pericles’ Funeral Oration (Focus 1999), and co-editor of Action and Contemplation: Studies in the Moral and Political Thought of Aristotle (SUNY 1999), in addition to peer-reviewed articles, book chapters, and reviews. She is currently working on Herodotus and Thucydides and a study of Ancient Sparta, political founding, and the regime in Classical thought. Her teaching ranges the history of political thought, with a focus on the Ancient era.

Professor Richard Garnett teaches and writes about the freedoms of speech, association, and religion, and also about constitutional law more generally. He is a leading authority on questions and debates regarding the role of religious believers and beliefs in politics and society. He has published widely on these matters, and is the author of dozens of law-review articles and book chapters. His current research project, Two There Are: Understanding the Separation of Church and State, will be published by Cambridge University Press. Professor Garnett clerked for the late Chief Justice of the United States William H. Rehnquist during the Court’s 1996 term and also for the late Chief Judge of the United States Court of Appeals for the Eighth Circuit, Richard S. Arnold. 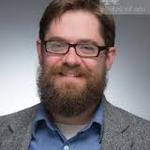 Alexander Jech is a faculty member in the Department of Philosophy. He received his Ph.D. in Philosophy from the University of Notre Dame. His research interests include ethics, social and political philosophy, Russian literature and the French Revolution. 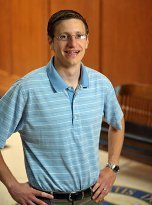 Dan Kelly is Professor of Law at the University of Notre Dame. Prior to joining the faculty, Professor Kelly was a Terence M. Considine Research Fellow in Law and Economics and Lecturer on Law at Harvard Law School. Previously, he clerked for the Honorable Richard C. Wesley of the U.S. Court of Appeals for the Second Circuit, worked as a litigation associate at Cravath, Swaine & Moore LLP, and was a John M. Olin Research Fellow at Yale Law School. 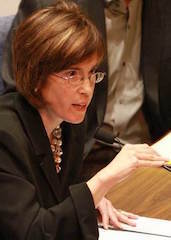 (B.A., Boston College; Ph.D., University of Toronto, 1998) Associate Professor, Keys’ research and teaching interests span a broad spectrum of political theory, with a special focus in Christianity, ethics, and political thought. She is the author of Aquinas, Aristotle, and the Promise of the Common Good (Cambridge University Press, 2006), and of articles appearing in the American Journal of Political Science and History of Political Thought. She has held numerous grants and fellowships, most recently a NEH Fellowship supporting her research project on “Humility and Modern Politics” during the 2006-2007 academic year. She was a Visiting Scholar at Harvard University’s Department of Government from 2007-2008.

Atalia Omer earned her Ph.D. (November 2008) from the Committee on the Study of Religion at Harvard University. Her research interests include the theoretical study of the interrelation between religion and nationalism; religion, nationalism, and peacebuilding; the role of national/religious/ethnic diasporas in the dynamics of conflict transformation and peace; multiculturalism as a framework for conflict transformation and as a theory of justice; the role of subaltern narratives in reimagining questions of peace and justice; intra-group dialogue and the contestation of citizenship in ethno-religious national contexts; and the symbolic appropriation of the Palestinian-Israeli conflict in other zones of conflict.

Her first book When Peace is Not Enough: How the Israeli Peace Camp Thinks about Religion, Nationalism, and Justice (University of Chicago Press) examines the way the Israeli peace camp addresses interrelationships between religion, ethnicity, and nationality and how it interprets justice vis-à-vis the Palestinian conflict. Omer has published articles in the Journal of the American Academy of Religion, The Journal of Political Theology, The Study of Nationalism and Ethnicity, and The International Journal of Peace Studies.

Pojanowski earned his A.B. in Public Policy with highest honors from Princeton University and graduated magna cum laude from Harvard Law School in 2004, where he was Articles Co-Chair for the Harvard Law Review. After law school, he served as a law clerk to then-Judge John Roberts on the United States Court of Appeals for the D.C. Circuit and then to Justice Anthony Kennedy on the Supreme Court of the United States. He then practiced law with Laham & Watkins in Washington, D.C., where he specialized in appellate litigation and administrative-law matters. He teaches and writes in the areas of administrative law, jurisprudence, legal interpretation, and torts. In 2013, he was named Distinguished Professor of the Year.

Jason A. Springs earned his Ph.D. in Religion and Society from Harvard University’s Committee on the Study of Religion (2005). His research and teaching broadly integrate religious ethics with moral philosophy, political and social theories with specific attention to modern European and North American contexts.

Springs is particularly interested in conceptions of religious toleration and the challenges posed by religious pluralism for transforming conflict; ethical, philosophical and theological dimensions of restorative justice with particular attention to mass incarceration in the U.S.; democratic theories and practices as frameworks for peacebuilding. These concerns are oriented by his broader research interests in American Pragmatist thought and postliberal theology.  Springs is the author of Toward a Generous Orthodoxy: Prospects for Hans Frei’s Postliberal Theology (Oxford University Press, 2010), and co-author (with Atalia Omer) of Religious Nationalism: A Reference Handbook (ABC-CLIO, 2013).

Jim Sullivan is the Rev. Thomas J. McDonagh, C.S.C. Associate Professor of Economics at the University of Notre Dame, a research affiliate of the National Poverty Center at the University of Michigan and the co-founder of the Wilson-Sheehan Lab for Economic Opportunity. His research examines the consumption, saving, and borrowing behavior of poor households in the U.S., and how welfare and tax policy affects the well-being of the poor. His most recent work examines changes in consumption and income poverty in the U.S. over the past three decades.  His research has been supported by grants from the Smith Richardson Foundation, the Annie E. Casey Foundation, and the National Bureau of Economic Research. He was a recipient of the W. E. Upjohn Institute for Employment Research Dissertation Award in 2003. He received his bachelor’s degree from the University of Notre Dame and his Ph.D. from Northwestern University. 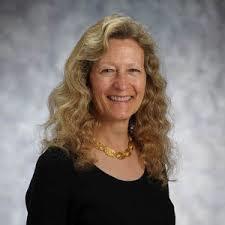 Vicki Toumayan is Advising Dean Emerita in the College of Arts and Letters, where she specialized in pre-professional advising. Her academic specialty is French literature.